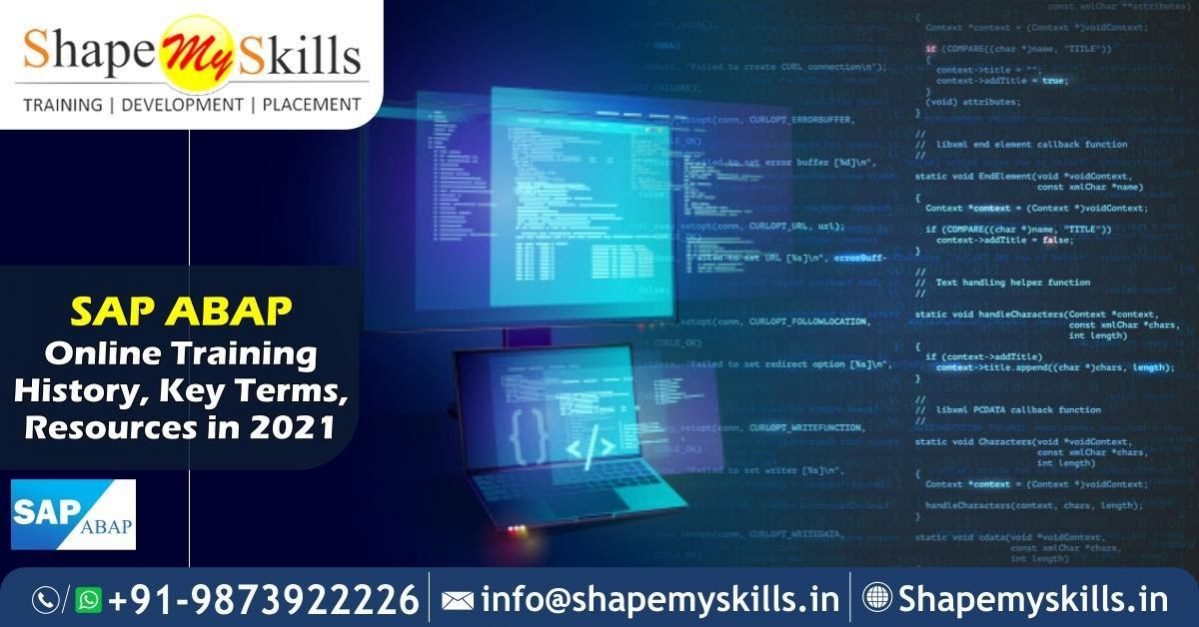 ABAP stands for Advanced Business Application Programming and it is the name of SAP’s proprietary, the 4th generation programming language. It was specifically developed to permit the mass processing of data in SAP business applications. Work with ABAP in SAP NetWeaver, companies run SAP ERP and SAP S/4 HANA business solutions have the opportunity for customizing system to better meet their requirements. In this blog, we are providing you History, Key Terms, Resources of SAP ABAP in 2021. Check Now!!!

SAP introduced ABAP in the 1980s and throughout the years, many enhancements to language increase. In May 2000, SAP changed ABAP with release 4.6C, allow OOP (Object-oriented Programming). This programming plan involves multiple individual “objects” interact with one another, permit programs for growing more complex with ABAP design patterns and other Object-oriented Programming practices use. In the early-mid 2010s, with the release of ABAP 7.4 and 7.5 SAP gave object-oriented programmers by using ABAP. Some new features are available to ABAP programmers in the year 2010s syntax for Open SQL, core data services (CDS) Views, and ABAP Managed Database Procedures (AMDP).

When to Use ABAP

All SAP solutions from R/1 through SAP/4HANA can modify with ABAP code. While some solutions like SAP business one, SAP ARIBA, and obtained products like SAP SuccessFactors and SAP concur run primarily on other languages. ABAP plays a role when solutions interface with central, ABAP based on SAP S/4HANA or SAP ERP system.