Is Learning Django Framework a Perfect way to Grow your Career? 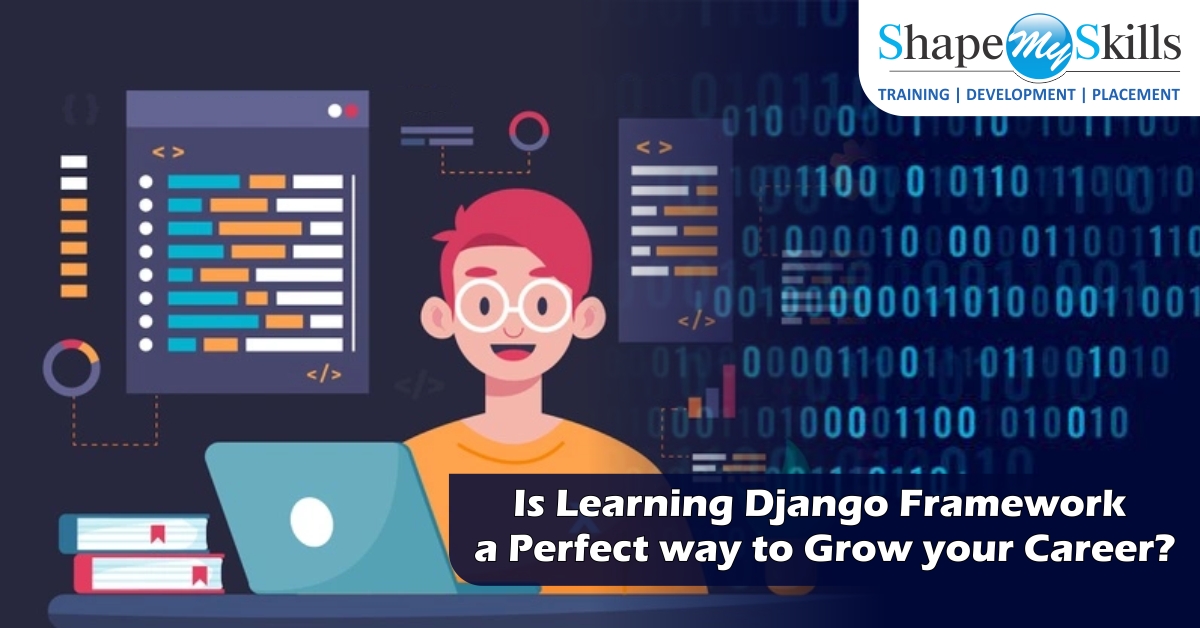 We are all aware that frameworks are a collection of tools and modules that can save web developers many hours of time and effort. Perhaps even several days or weeks!

Django is a full-stack framework for web developers who work with the Python programming language. Essentially, it is intended to shorten the entire web development process while developing web applications for mobile devices. Only a little more than fifteen years old, it provides a variety of utilities for online applications such as data validation, caching, logging, pagination, authentication, and static file management, among many other things.

Django saves web developers a significant amount of time by eliminating the need to write boilerplate code. This allows them to concentrate on the unique aspects of the application they are developing instead of spending countless lines of code getting to where they want to be. Real-world examples of the Django framework in action include the data management systems of streaming giants Spotify and Netflix and PayPal and JP Morgan in the finance industry and Google and Mozilla in the technology realm. Instagram, a social networking application developed by Facebook and built on the Django framework, is one of Python’s most notable real-world instances.

How does the Django framework work?

Django cleans up your code and makes it more resilient and scalable. Django offers good documentation, and it helps you write code that is cleaner and more efficient as a result. Django allows for rapid development while maintaining excellent security. The salary of Python programmers is increasing daily, which is another factor contributing to the increased demand for Django developers.

The steep learning curve required to become familiar with Django necessitates a significant investment of time and effort on the user’s part to become proficient with the language.

While gaining a better understanding of Django and front-end technologies, you will have begun to understand the many components of Django that will be valuable to you while developing projects. Consequently, the following are some probable avenues for specialization:

Create prototypes and websites for businesses that require some form of e-commerce, membership, or other web-based services tailored to their specific needs. In the case of mobile applications, front-end technologies such as Vue, React, or Angular 2 may be of interest to you to consider.

The development of scripts, internal tools, and APIs, as well as the monitoring and optimization of your infrastructure, will fall under your purview as a backend developer. Depending on your requirements, you may even want to consider using cloud computing services.

Job opportunities as a full-stack Python Django developer can be obtained through Django training institutes or online courses. ShapeMySkills Pvt Ltd is the best institute for Django online training.